I'm writing this on my way down the west coast of California, spending a few days to see the sights of the coast before I fly back home to Australia.
Training was back in full swing a couple of days after Boulder 70.3, surprisingly I had pulled up pretty good and had a great few weeks of training leading into Vineman 70.3. Heading to California meant my time in Boulder for 2016 had come to an end, I had an awesome time there, met a bunch of new people and explored plenty of new places. I put together an extremely good block of training being in Boulder for a full two months and look forward to seeing the benefits down the track. I was really looking forward to heading to Vineman 70.3 again, the race location is beautiful, the course is challenging and the competition is tough, this year was one of the toughest the event has seen with some of the biggest names in the sport including 4 world champions over this distance. I was as keen as ever to toe the line and the stacked start list didn't bother me at all.
I flew out of Boulder Friday lunch time to arrive in San Francisco late evening with a short drive up north to Guerneville which is where my accommodation was for the next 3 nights. I was lucky enough to get a room at Johnsons Beach again this year which is a short stroll to T1 and swim start which is ideal come race morning, the cabins I stayed in are a pretty cool experience too. The usual pre race training and briefing took place on Saturday, it was good to see a few familiar faces around from back home and the US.

There was 21 pro men lined up ready for the 06:25am start. The water temperature was absolute border line, 72°F so it was speedsuits on. Pace wasn't too crazy at the start and no one attempting to break the 50m record. I had a clean start and found myself sitting at the pointy end of the lead group. It started to string out a little before the half way mark which also served as the first turning point but I knew the water was extremely shallow at that end of the river and I'd be able to make up some time. We hit the shallows around 50 out from the turn buoy and the diving started, I was in about 5th but by the turn it was Appo leading the way and me right on his feet. At times it was even too shallow to dive so had to do an awkward wade as the bottom was all sharp, loose rocks. Another 50-75 of dives after the U-Turn and we were back swimming. I felt great at this point and took the lead down the final straight of the swim, just as we rounded the last buoy to hit the shore I was pipped by another athlete to gain an advantage of 2sec out of the water. I was in the perfect position but then disaster struck... My speedsuit zipper got caught a quarter of the way down and it wouldn't budge. I tried numerous times trying to zip it back up or down but nothing, all I could here was the bikes wheeling out of T1 behind me, it was the worst. The only way this was coming off was to rip it, it took some effort but I ripped it entirely in half and I was free. My transition was 1:10min longer than the group I was swimming with. 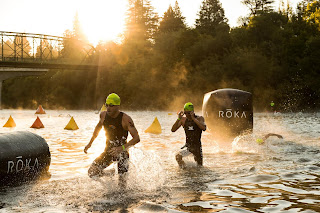 Photo Credit:  Jesper Grønnemark
Onto the bike and it was head down, I was determined to catch back up to those front guys and had a lot of confidence that I could do it. I was feeling great on the bike, numbers were looking real good and it wouldn't be long before I saw the front group. After passing numerous athletes along the way I finally got a glimpse of the front of 5 at mile 15. I caught them at mile 17 just at the base of a short hill and continued straight to the front. I dropped it back to normal race watts and kept a steady pace. Appo and myself shared the lead, what I thought was the lead until I got a time split of someone 40sec up the road, I completely forgot about Bozzone who was powering away ahead of us all. I then kicked it up a gear and went in search of Bozzone, at one point I had closed the gap to 20 sec and he was in sight but I was starting to feel the affects of the first 20miles and he disappeared again. I led the group for the last 20miles and noticed that it was getting strung out a lot and almost dropped them at times but then they would be right behind me again. I just couldn't shake them. Came off the bike in 2nd place closely followed by Appleton, Alexander, Reed, Hoffman and Potts, 1:15 down on Bozzone. Was happy to post the 2nd fastest time of the day with a 2:07:41 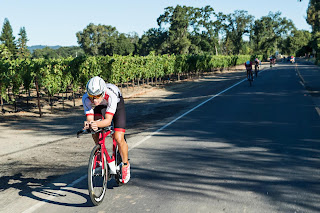 Photo Credit: Jesper Grønnemark
Out of T2 was the best I had ever felt, the pace was red hot and I was somewhat comfortable running alongside some of the fastest guys in 70.3. I was hopeful that I could hang onto these guys bit when Reed made a surge just before mile 3 it broke me, my breathing became real heavy and I just couldn't hang in there anymore. Hoffman and I ended up off the pace and settled into our own race now. Around mile 5 I hit a rough patch and my stomach started turning, this was a first and I was immediately looking for that next aid station, I had a huge gap behind me and unfortunately I had no other option but to use the portaloo. As I sat in there I just hoped I wouldn't here the words Water, Gatorade etc. yelled out as that meant another athlete passing. Few minutes later I was back out on course and remained in 7th position. I now felt 10x better and was knocking over the miles at a much faster pace. The last mile was a bit of a struggle but managed to finish 7th well off the front guys but with a sizeable gap behind me also. 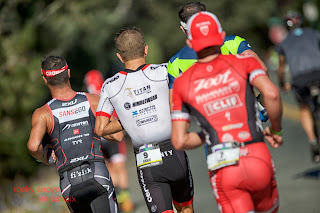 Congrats to the guys up front who where all class in the run, I was fortunate enough to run with them for the first few miles to get a taste of the speed they're at. With Vineman done that wraps up my training and racing in the US for 2016.
I'm looking forward to my return home to catch up with the rest of my family and mates. I will train on the Gold Coast all the way to Worlds in September which I cannot wait for. 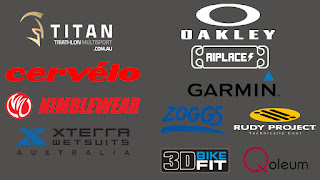 Posted by Jake Montgomery at 12:28 No comments: